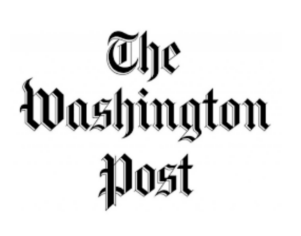 A server wearing a protective mask and gloves carries a drink at a restaurant in Chicago. (Christopher Dilts/Bloomberg News)

Some of the suspect apps aren’t clear about users’ privacy protections while others don’t have privacy policies at all, Khadeeja Safdar and Kevin Poulsen at the Wall Street Journal report. Researchers at the International Digital Accountability Council also found apps that failed to safeguard users’ location and other sensitive data, potentially exposing it to hackers.

Lawmakers recently introduced legislation that would limit data coronavirus-tracing apps can collect and potentially ban them from using it for commercial purposes.

Until those laws are passed, however, it’s mostly up to Apple and Google to decide which apps to allow in their stores. And changing guidelines have led to confusion for some developers.

Google removed one contact tracing app that included paid ads allegedly profiting off the pandemic. Apple forced the company to stop taking money for ads on its version of the app.