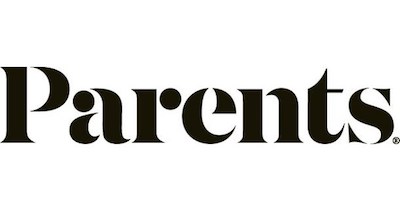 Premom, a popular fertility tracker and ovulation app, says it makes “baby dreams come true” for those who are trying to get pregnant. But the app has come under fire after a nonprofit watchdog found it was sharing user data without their knowledge to third party users.

As also reported by The Washington Post, the International Digital Accountability Council (IDAC), a nonprofit launched in April that works to protect consumers by looking at privacy risks of apps, became “alarmed” after an investigation on the transfer of information from apps to third parties led them to discover Premom was sharing Android user information with three Chinese companies—Jiguang, Umeng, and UMSNS. IDAC sent letters in August to the Federal Trade Commission and the attorney general of Illinois, the app’s headquarters, to inform them of their findings.ADVERTISINGAds by Teads

“At bottom, we were concerned that there was a difference between what Premom was telling its users in one of its privacy policies and what we were seeing in data flows,” IDAC President Quentin Palfrey tells Parents.com. The company felt these concerns needed to be addressed immediately.

IDAC’s investigation found Premom was sharing things like its users’ geolocation information (where you are at any given time), as well as non-resettable device identifiers, including WiFi MAC addresses. “It was concerning that Premom was sharing all this information without a way for users to know about it and without a recourse or way for users to opt out or stop this for happening,” says Lena Ghamrawi, chief of staff/policy counsel at IDAC.

Why that’s an issue? Firstly, it’s a deceptiveness concern. “It’s a basic rule of consumer protection that what you say to users needs to be true,” says Palfrey. “If you don’t know the way your data is being used, you can’t effectively make choices about how to respond to that.” And then there’s also the sensitivity of the users, who are using this app with the intention of conceiving.

Premom, which launched in 2017, tells Parents.com it no longer uses UMSNS, Umeng, or Jiguang on its app. “Premom prioritizes the safety of its users’ data above all, and is constantly evaluating its policies, procedures, and use of third-party tools to ensure the application is compliant with global data privacy laws,” Desiree F. Moore, Premom’s legal counsel says via email.

IDAC says since sending the letters it hasn’t seen some of those previous data flows on subsequent versions and has heard from Google that Premom is no longer sending this information to some of the third parties. IDAC adds it can’t independently confirm that.

But this isn’t the first time pregnancy apps have raised concerns. In January 2020, Consumer Reports released a report discussing five apps—BabyCenter, Clue, Flo, My Calendar, and Ovia—that were found to also be sharing data with advertisers. While it’s difficult for the average consumer to see any of this happening, it’s a good idea to always read privacy policies of an app and do research to find reputable ones before downloading any, advises Palfrey.

Also, relying solely on fertility apps can be tricky as they can be unreliable. A May 2018 review in Current Medical Research and Opinion found the best fertility app out of 73 had a mere 21 percent accuracy in predicting ovulation. That’s why it’s best to always consult with your physician, too.